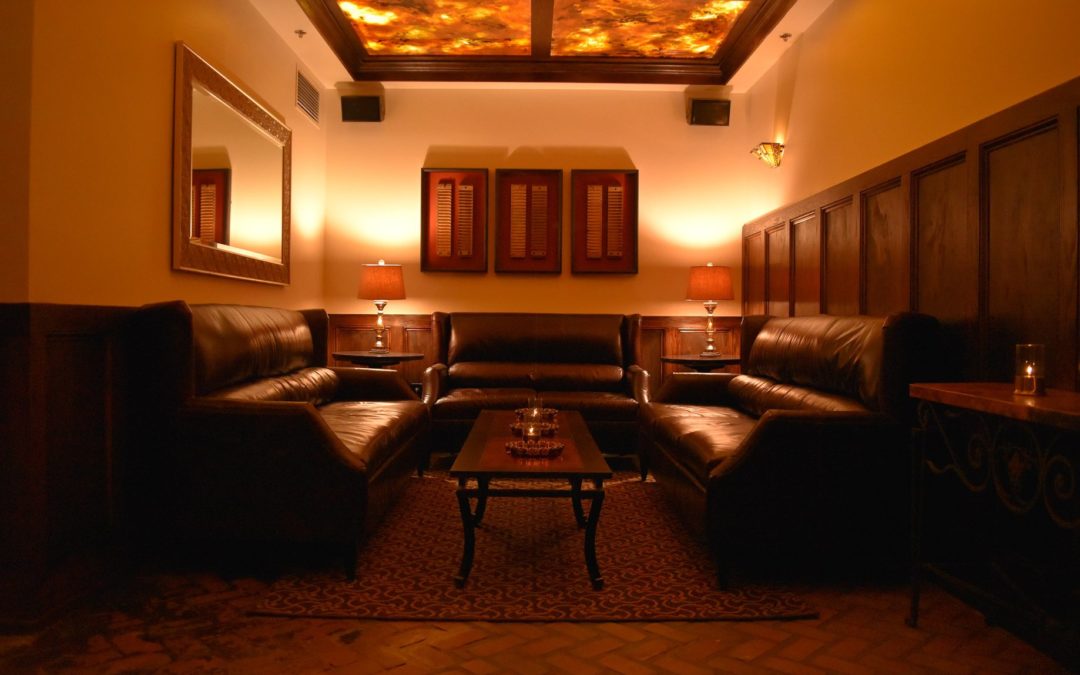 While UV lights in HVAC systems and air purifying filtration technology could be effective in slowing the spread of COVID-19 in dining rooms, both are still unproven

ThereThere are 39 state-issued guidelines restaurants must follow to reopen for dine-in service, including several social distancing measures and reducing capacity. But some Atlanta restaurants are investing in high-tech air filtration and sanitation systems, going above and beyond mandated safety requirements.

Red Phone Booth and its second-floor pizzeria Amalfi Pizza reopened on June 1 in downtown Atlanta. Co-owner Stephen de Haan says he was deliberate with safety measures put in place at both establishments. Clean table settings and non-communal condiments are common sense, he says, but he wanted to do more.

Ultra violet (UV) lights have been installed in the HVAC systems of Ray’s on the River and Ray’s at Killer Creek. According to Bill Bahnfleth, the chair of the epidemic task force for the American Society of Heating, Refrigerating and Air-Conditioning Engineers’ (ASHRAE), this type of technology dates back to the 1930s, when the Philadelphia school system battled the tuberculosis outbreak there.

He explains that a virus is basically a package carrying its genetic material (RNA) and is held together by molecular bonds. “The UV light, at the right wavelengths, can break those bonds and damage the RNA in a virus. And if enough of that damage occurs, then the virus is, for practical purposes, dead. They’re not really alive, but they can’t reproduce themselves, which is the definition of disease,” says Bahnfleth.

He says the technology has been tested on other SARS-related coronaviruses and worked. To his knowledge, it hasn’t been tested on the SARS virus that causes COVID-19.

An employee at Ray’s on the River tested positive for COVID-19 this week, the AJC reports. The restaurant closed for a thorough cleaning, and all of Ray’s on the River employees are being tested for the virus. Eater Atlanta reached out to Ray’s Restaurants director of operations, Alex Bebiak, for comment.

Red Phone Booth, Amalfi Pizza, and Johnny’s Hideaway in Buckhead are also using MonoFoil D to sanitize the restaurants. The brand claims the disinfectant is healthcare-grade and kills microorganisms (including bacteria and viruses,) forming an antimicroobrial film effective for at least 30 days. It can be sprayed onto most surfaces. Red Phone Booth, for example, sprays down its plush leather couches with the potent disinfectant.

This level of sanitation technology comes with a steep price tag. At Ray’s, the UV lights set the restaurants back $7,500, with an additional $6,000 for plexiglass dividers created for the dining rooms. At Red Phone Booth and Amalfi Pizza, the high-tech filtration and sanitation systems cost more than $20,000.

For most Atlanta area restaurants, this high-end sanitation equipment is simply not affordable.

Snackboxe Bistro in Doraville reopened for dine-in service at the end of May. Co-owner and chef Thip Athakhanh reduced the number of tables from 16 to eight and spread them further apart. The restaurant implemented a paper ordering form for each table to help reduce contact with servers.

Athakhanh hopes to purchase contact-less thermometers soon, but a high-end filtration system is out of the question. “It’s not in our budget for an air purifier, but we have the AC vents on, and our servers are wearing masks at all times, and gloves,” she says.

Her landlord even gave them permission to extend seating outside. Athakhanh is holding off on the seating expansion until more people begin dining out. “We’re just living day by day on faith and hope that things will get better.”

While this equipment could be effective in slowing the spread of COVID-19, it’s still unproven, and shouldn’t necessarily be a deciding factor for people choosing to dine out at a particular restaurant.

He warns that if these filtration systems aren’t installed properly, the equipment could end up causing more problems, including moving more air around the dining room. The guidance Ficklen and three other industrial hygienists created for AIHA suggests restaurants should open windows and doors to help maximize fresh air through the ventilation system.

Despite all of these extra safety and sanitation measures, the CDC’s guiding principals for restaurants and bars notes that dining out with socially distanced tables and reduced capacity is still fairly risky. Both Bahnfleth and Ficklen believe patio dining — with proper social distancing — is the safest dining out option right now.