Red Phone Booth is Nashville’s newest speakeasy (for this month anyway). And while the leather sofas, fireplaces, and comfy digs are completely on point and the London restored antique phone booth for entering is novel and fun, their pizza is the unsung hero. You see, owner Steve de Haan has spared no expense by installing a mammoth Italian wood-fired pizza oven. Such a grand oven requires a grand pizza maker, who Steve has secured in Chef Dustin Schotsch, previously of Pastaria in One C1ty. While there, Dustin honed his skills, coming up with creative pies such as his ode to Thanksgiving, with turkey bechamel, taleggio, sweet potato, turkey sausage, fermented cranberry sauce, and fried herbs.

Dustin doesn’t just know how to make pizza; he’s passionate about it. On the side, he and wife, Deena, have a catering biz called Carpe Pizza, where they do private parties and pizza pop-ups with a number of the local breweries. A past pop-up with Black Abbey featured a pizza called the “Krampuslauf” with pumpkin puree, nduja, goat cheese, 4 year Parmigiano, spiced pecans, and Calabrian chili maple syrup.

If pizza isn’t your thing (though we have no idea why not), the RPB holds plenty of appeal without the food. The bar takes their drinks seriously, paying homage to the classics while introducing some new (and fun to watch) twists, like smoking cocktails and the staff’s flair while zesting fruit and shaking tins. Owner Steve de Haan has taken a cue from his grandfather and the age of prohibition. He has a gorgeous copy of a bar menu from 1941, which he might just break out, if you catch him in town. (He lives in Atlanta, home of the original RPB.) 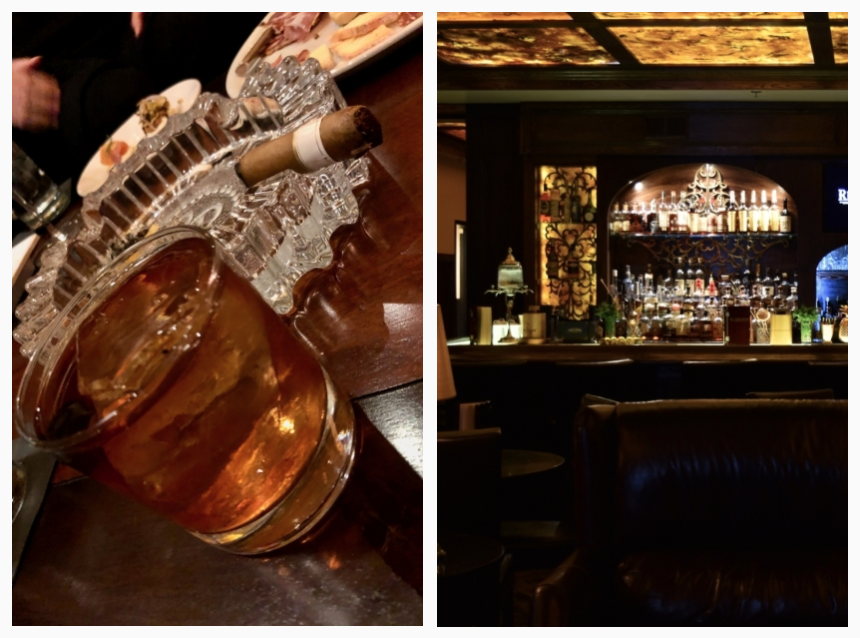 Oh, and did we mention they have cigars, an understatement considering they have a humidor the size of a living room with an infinite number of stogies. The staff is fantastic from the servers to General Manager Jon Ho, who is just as likely to slide into your booth for a joke as he is to be holding a cigarette box. (Although, don’t do anything stupid while dialing in the antique phone booth, as he might just see you and well, not let you forget it all evening.)

But Jon is not the only friendly thing about RPB, the large couches facing one another encourage the community as strangers sit next to one another and make new friends. By the end of the night, RPB might really be the place in Nashville where everyone knows your name. By the way, you’ll need the phone number, that yes you do dial on the phone booth outside, to get in. Call and ask.

This article was originally published by Jill Melton on https://ediblenashville.ediblecommunities.com/things-do/red-phone-booth