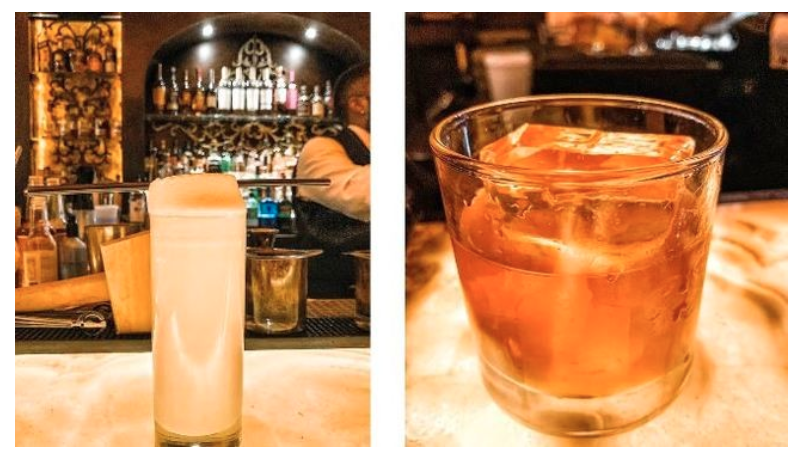 You might have noticed something unexpected among the businesses lining the Rosa Parks Boulevard in downtown Nashville: an old-fashioned red phone booth.

This is the ‘secret’ entrance to one of Nashville’s newest hotspots, appropriately named Red Phone Booth. If you want to get inside, you’ll have to dial a special phone number on the booth’s rotary phone. Once admitted, you’ll find a luxurious cigar bar with exposed brick walls, sumptuous leather sofas, and hand-painted amber glass ceiling panels that diffuse the light and give the place the feel of an old-fashioned club where a Prohibition-era city’s movers and shakers would have well moved and shook.

At the bar, expert bartenders specialize in classic cocktails like the Corpse Reviver and the Blood and Sand. Order your favorite from the extensive drink menu and settle in for a show — The delicious Smoked Old Fashioned involves hickory wood, a blowtorch, and a whole lot of fire. Opt for a Ramos Gin Fizz and your bartender will make a noisy lap around the club while shaking the cocktail shaker. 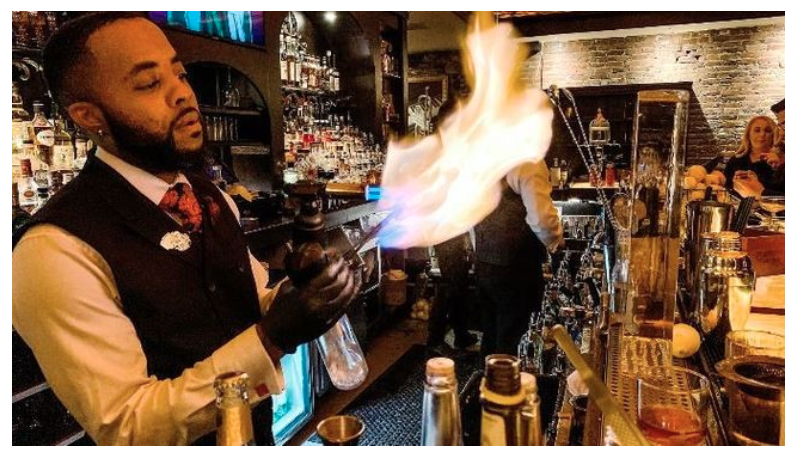 Red Phone Booth is the brainchild of co-owner Stephen de Haan, who says he was inspired by his grandfather’s legendary lake house parties during the Prohibition Era. de Haan told us the cocktails served at the club come straight from the original recipe book his own grandfather once used — and then he brought the book out from his office to show it to us!

In addition to the drinks at Red Phone Booth, you’ll definitely want to try the Neapolitan pizza. De Haan visited Italy to learn how to make it, and had a special pizza oven installed in the kitchen that can bake pizzas in just a minute and a half — You can see it through a window in one of the bar’s back rooms.

Another fun fact: A co-owner of Nashville’s Red Phone Booth is Michael Cudlitz, whom you might know as Abraham on The Walking Dead. He became a partner in this venture because he loves the original Red Phone Booth in Atlanta so much.

Red Phone Booth is not for everyone. For one, it’s a cigar bar, so smoking is allowed. An elaborate air purifying system continually recycles the air so there’s far less smoke than you’d imagine, but you’ll still smell it — and smell like it when you leave. There’s also a dress code — Men have to wear sports coats or collared shirts and athletic gear of any kind isn’t allowed. And while the bar allows guests (as long as they know the phone number), it caters to its members, who pay $250 a year for the privilege of using a scanner to get inside instead of a rotary phone.

That said, I think it would make a fabulous surprise for a date night or a girls’ night out. Since it’s on the outskirts of downtown, there’s plenty of parking (paid, but not outrageously expensive) around the building — I don’t know about you, but if I’m worried about finding a parking space at a bar, I tend to choose another bar. Learn the code in advance by asking a member or hotel concierge, or make your case for the code in an email – the contact form is on the Red Phone Booth website), then march right into that phone booth and dial the number. I guarantee your date will be impressed and you’ll have a night out like nothing you’ve ever experienced before in Nashville.

This article originally appeared on Fox 17